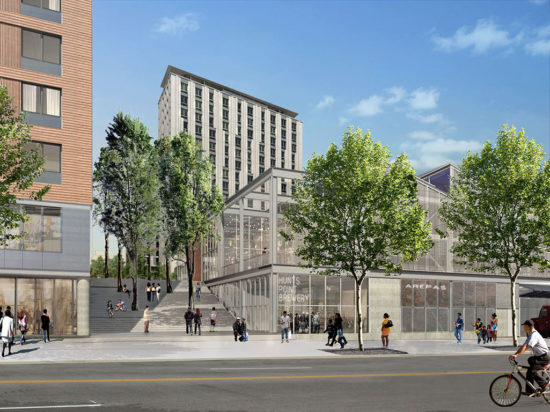 An architectural firm’s rendering of The Peninsula in Hunts Point.

The Bronx Borough President’s office has allocated more than $3 million in capital funding for five housing developments, including $800,000 for The Peninsula on Spofford Avenue in Hunts Point and $500,000 for a new development at 111 Willow Avenue in Port Morris.

In all, the financing accounts for 700 new units of housing as part of the borough president’s FY2019 fiscal budget.

“We understand our borough residents’ need for affordable housing as the cost of living in the city continues to rise,” said Borough President Ruben Diaz Jr. “The largest number of requests we receive in my office is from constituents in need of housing assistance.”

The remaining allocations will go to the Center for Urban Community Services/B&B Urban for apartments in Williamsbridge Gardens, including 52 units for formerly homeless families at the lowest income levels; 122 units for seniors in Highbridge, in partnership with Volunteers of America; and 1490 Southern Boulevard in Soundview, with Type A Real Estate Advisers LLC.

A complete list of Borough President Diaz’s capital funding allocations for housing for FY2019 can be found at https://on.nyc.gov/2KebPh7.