So far this year Father Francis Skelly has battled the Housing Authority, the Department of Education and the Department of Transportation, all on behalf of his parishioners. The mayor is also on his list. “Around here, we say that the mayor doesn’t like people in wheelchairs,” he smirks. Now he’s taking on another city institution: The Landmark Preservation Commission and its recent decision to prioritize his church for designation as a New York City historic landmark.

The Church of the Immaculate Conception on East 150th Street in Mott Haven is a 128-year-old Roman Catholic complex designed in the Romanesque Revival style, earning it a place on the landmark commission’s calendar since 1980. Last month, in an effort called the Backlog Initiative, the commission finally decided to fast-track the church’s process and decide within the year whether to landmark the institution, ensuring that it could not be torn down for some other kind of development.

But at the church, this was no cause for celebration. Father Skelly and the Archdiocese of New York are completely against the designation, feeling that the financial burden of maintaining the church to historic standards will be too much for a congregation whose median income is $25,000. And Skelly and other parish leaders are organizing to fight the designation. They may start a petition, or go to their local council members for support.

The church is a bastion of serenity one block north of The Hub, where slow-moving crowds are reminded over loudspeakers that they can always sell their gold, and passers-by are assaulted by hawkers, panhandlers, car horns and sirens amid the fast-food chains and stores selling animal-print Lycra tights. On a weekday afternoon last week, there were at least three screaming matches taking place in front of the church, but inside it was so quiet that a tattooed, pony-tailed man in a hoodie reclined in a pew, hands resting on his belly. He snored softly under the protective gaze of the Virgin Mary and flickering votive candles.

New York City preservationists view the church as one of the Bronx’s historic commodities. Built in 1887 for an immigrant German population, it’s a testament to this neighborhood’s place in history as a landing spot for immigrants. The deep-coral brick fortress-like structures span half a city block from Melrose Avenue to Courtlandt Avenue. The rose windows shape shafts of muted light that filter through the quiet, as they have for 128 years.

The city’s Landmark Preservation Law – drafted in 1965 following the destruction of Penn Station – was created to preserve New York City’s cultural heritage and unique architecture. Any time the owners of these spaces want to make alterations, they have to apply for a permit. “Landmarks foster community and civic pride, and send a message that New York City is not for sale,” says Kelly Carroll, director of community outreach for the Historic Districts Council, a citywide organization that advocates for the protection of unique structures and neighborhoods.

“It shouldn’t be this landmarking of doom,” adds Carroll. “Nobody is around forever. There could be a very valuable piece of property in someone else’s hands.”

But maintaining an aging historic building, where repairs are never simple, comes with a price tag.

The Church of the Immaculate Conception is mostly sustained by parishioner donations. On Sundays, more than 1,100 churchgoers arrive over the span of four Masses, hair pressed and curled, gold teeth flashing as they pass Skelly at the entrance. “Buenas, buenas, como estas,” he says, his Spanish tinged with a second generation Bronx Irish brogue.

As the collection plate is passed, metal canes fall to the floor as people move to dig into their purses. An African man fishes out two dollars from his too-big jacket. The collection this Sunday will likely net $4,500, roughly half of the church’s monthly Con Ed bill. “The beginning of the month is always better, you know, before everyone has to pay rent,” Skelly says. Heating oil costs $30,000 a month in the winter; a broken elevator in the school will cost $19,800 to replace.

When the church needed a new roof in 2012, it took the parishioners two years to save the money. “We skimped and we saved everything we had,” Skelly says. A slate roof like the original one from 1887 would have cost at least $1 million, according to Skelly, so they opted for an asphalt roof that was only $600,000.

“We always have financial problems,” Skelly says. “As we get to August — the financial year begins Sept. 1 — we’re just about out of money. If the boiler blows up, we’re in trouble.”

There are government grants targeted to help preserve landmark buildings, but they don’t cover everything. St. Cecilia’s in East Harlem, where Skelly was pastor for 12 years, has been landmarked for decades. The state and the city have given the church $280,000 in grant money towards repairs and restoration, but the current pastor, Father Peter Mushi, says a full restoration will cost $3.5 million. Still, he said, “It is worth it, to preserve it for the generations to come.”

In a community that sometimes feels ignored by the city, the recent news — a single notice in the mail — invoked feelings of fear and annoyance among the congregation. One little boy asked Skelly if the city was going to take the church away. The only input Skelly was allowed to give was three minutes of testimony at a public hearing in October, where he told the commission that he was adamantly opposed to the designation. “They didn’t build this, it was built by German immigrants, with their own money,” Skelly said. “So it’s like, who are you to come along and tell us what to do?”

At a recent service, one man had zealously stationed himself in front of La Providencia, the patron saint of Puerto Rico; the pew being one foot too far away to properly display his devotion, he dragged his own folding chair over to the statue. When church leaders brought in a statue of Our Lady of Guadalupe, the patron saint of Mexico, they made space for her by ripping out two confessional booths left over from more than a century ago and moving La Providencia. Times change, and the church must change with it. After all, said Skelly, “the church is a living organism.” 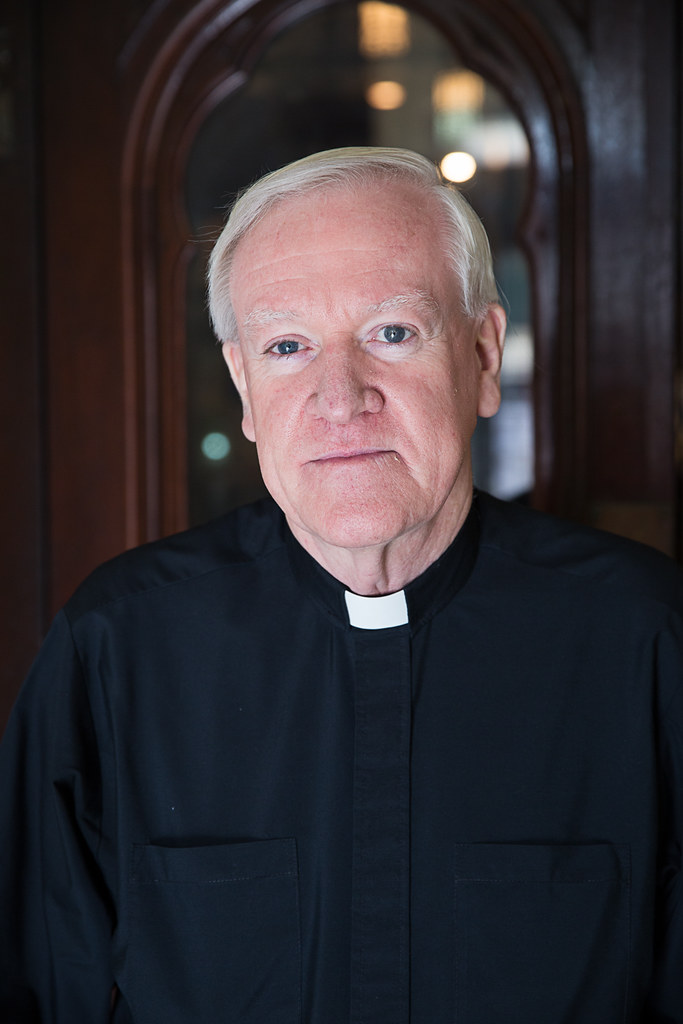 As of today Hunts Point has a new vaccination destination: The Point CDC.  Vaccination appointments will be available at the...

Whether you’re a business that’s just starting up or one that’s been around for years, having a list of resources...

Rocking the Boat is back in business. The legendary boat building and river science education center on the Bronx River...

Bronx elected officials, family and friends came together on Easter weekend to honor Dr. Henry Bolden, the founding pastor of the...